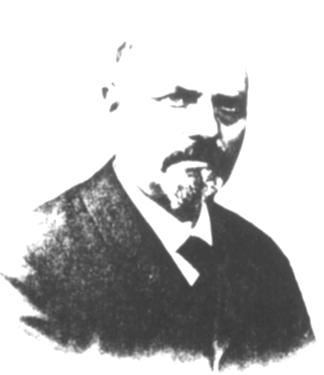 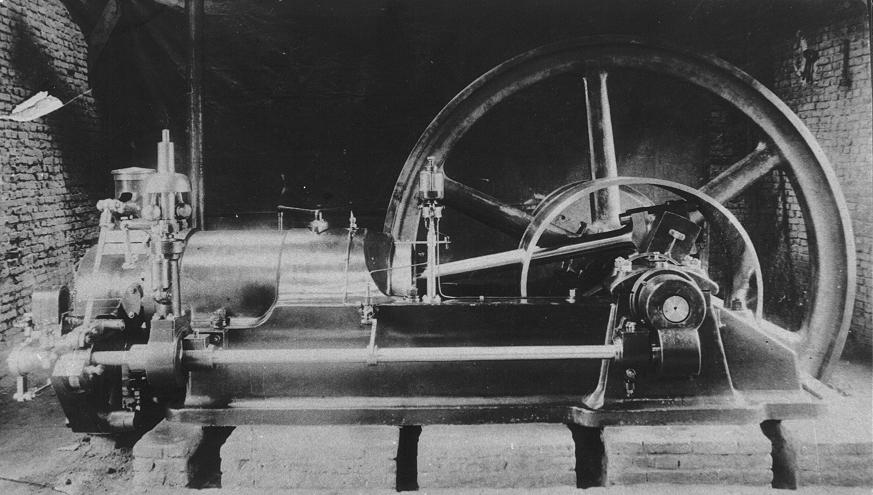 We knew there was an Engine factory called Dekkers in the beginning of the last century but we hadn't really looked in to it.

In the village Nieuwmoer, Belgium just a few miles from here, there was an engine for sale in the early 1980s, but in the end that wend way beyond our budget.

But now that we had started our search in our corner of Brabant it was a brand we certainly didn't want to miss. (Vissia)

After a telephone contact we wend to visit Mr. and Mrs Dekkers in their home in Roosendaal.

We again had a friendly reception and Mr. Dekkers started with showing us a few pictures he had made during the 1986 Steam Days at the Bakery-mill in Wildert Belgium. One of them was our own Schlüter engine.

We had a really nice and educational morning.

He stopped very soon with the horseshoe busyness because there wasn't much profit there.

In the vicinity of Roosendaal at which place in those days where a lot of sugar factories he started to do the repair.

To start with they had a lathe driven by two men who where standing on an attic above it to turn (power) it while a third man downstairs worked it.

In 1880 Willem was born and in 1887 Piet, from approximately 1900 they continued their fathers work.

Mr. A. Dekkers made a steam engine for his own use.

From approximately 1890 they started to build stationary engines.

This were four stroke petrol engine (gas engines), very simple, vertical and with high-tension ignition and hit and miss.

For these early engines they simply would bend a round iron rod for the crank's , for the bigger engines they would buy a big armour-plate, cut out a crank form and turn it on a lathe.

Later the cranks for the bigger engines where made at a coarse-forge and later turned in their own factory's lathe.

For the mill that still is located in Roosendaal on the "Wouwseweg" (west-border) they wanted in the late 1890's a large engine.

It must have been approximately 1898 when his son Willem had to go in military service. That year however there was a drawing, so his father said:" when he is not drawn, I'll build the engine."

And so it happened, Willem didn't have to go and they build their first big horizontal petrol - paraffin engine with hot-tube-ignition of app. 25HP.

It started on petrol but would then run on paraffin.

From 1900 onwards many gas-engines where build with would-gas generators, they varied from 15 to 75 HP and they where really all build for Millers, stone-factories and polder-drainage and so on. For this polder drainage it would normally pull a paddle wheel.

The first were made with a hot-tube but later bigger engines had an ignition-flange and low-tension-ignition.

The smaller agriculture engines that were not in high demand where sold with high tension, this were vertical engines. For Industry bigger horizontal engines were made.

In ±1925 the building of hot-plate or hot-bulb engines was started, almost everyone who had bought a Dekkers-engine before would step over to these new ones.

These crude oil engine where all 2 stroke-engines with cross-head of 15-100 HP.

Only one two-cylinder engine ever was made in the Dekkers Engine Factory and that was exported to Essen, Belgium. It really were two one-cylinder engines joined together.

With these crude oil engines governors were build that worked by centrifugal power.

The piston's had a cam in order to use the rinsing air as good as possible.

For the pistons two types of cam were used, the regulators were also of different types.

As so many engines in those days they where started on compressed air, in contrast to the other engines the kettle meant for this air was filled with burned air (during the working-stroke), The engine had to be warm enough or it would stall. The tubes that led to the kettle would often be red hot during this filling process.

One full diesel engine was made for own use. This was no success though, it started badly, had compression problems and lubrication was a difficult problem. The big end bearing often came out.

In their high days 40 men personnel worked at the factory.

The grandson, Mr. A. Dekkers, from whom all this information came, started building the crude oil engines at the factory in app.1930 at age 18.

The castings were done by the Kozijn forgery in Breda.

The engines were all by their own design and drawings, the personnel would work from models and drawings.

People who used to work for the factory told us, that the big doors where painted with blackboard paint. Mr. Dekkers newly drew every ordered engine on those doors.

So although basically the same engines, you can't interchange the parts, as they're all slightly different.

Every engine is unique.

By 1932 the production suffered a backlash and by 1935 it had completely stopped.

In 1932 the Germans came and worked with what Mr. Dekkers called "Sperrmarken". People were allowed to buy an engine for halve the price, this was a false concurrence from abroad that most engine factories were unable to fight.

Above that the German engines were of a so highly advanced technological standard for that time, that concurrence would have been almost impossible anyway.

Further there was electricity, which was trustworthy so a third heavy concurrent.

The smaller engines where exchanged for the Electro-engine and in the agriculture for the tractors.

We'd like to thank again Mr. and Mrs. Dekkers for their time and information and for lending us their old pictures.

The webmaster of this site can also be reached through: stmoverz@hetnet.nl

other websites by this webmaster are

Note/opmerking: as far as we know there is no copyright the shown pictures in this site, if we are mis informed please tell us and we'll remove the picture at once / zo ver wij weten is er geen coppy right op de getoonde foto's op deze site, als we verkeerd zijn geinformeerd meld het ons dan en wij zullen betreffende afbeelding verwijderen.